The newborn baby enters our world with only a small amount of information about what is ahead. The baby has gleaned something about the immediate environment when in utero, but we know that the experiences and health of her parents are going to have a major impact on her evolving sense of self.

The broader world all around will have had a major impact upon her parents, her siblings, her grandparents and others who surround her. Their experiences form the scaffold upon which the new baby’s persona develops.

The theme of this Congress, “Infant Mental Health in a rapidly changing world: Confl ict, adversity and resilience” refl ects what is happening for babies and families in the 21st century. The world has always been changing, but it is now changing at a very rapid pace. There is an immense number of displaced persons and refugees around the world, with their babies and young children the most vulnerable amongst them. Social disruption, hunger, poverty, and alienation are experienced by many, at the same time as so many of the world’s population are experiencing unprecedented wealth and plenty. As professionals we have been aware of the spectre of violence within the family since the 1970s, as well as the psychological consequences of being in the midst of community and political violence. This increased awareness of the impact of all forms of violence upon infants has been due the efforts of many of our infant mental health colleagues who have also developed a range of evidenced based interventions.

This 15th World Congress of WAIMH marks a watershed in our commitment to working for the optimal development of infants within families. We have developed a statement from WAIMH on the rights of infants, and this is very timely. The Congress will be in Prague, a key city in Europe, which has seen so much confl ict, adversity and resilience. The fact of human creativity, from Dvořák, Kafka to Einstein and beyond, refl ects the survival of the human spirit. 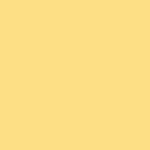